CLEVELAND, OH – 1383 East 94th Street is a single-family home with four bedrooms.  Its living area is 1696 square feet with one bathroom.

It appears from public records, official documents and published information that over the past four years Councilman Basheer Jones’ family of 5, along with Shana Veronica Roberts and her two sons as a family of 3, have all been living at 1383 East 94th Street in the single family 4-bedroom home together.  One bathroom.  A family member with diarrhea was fucked.

There’s also a conflict of interest in the “shared address” story.  Roberts is employed at Famicos and on June 19, 2019 the state of Ohio Department of Taxation filed a garnishment case against her at the address she and “Councilman” Jones use as a residence.

Jones votes as a member of Cleveland’s “legislative authority” or “city council” to support federal block grant funds the city allocates to Famicos from the money it receives from HUD  to eliminate “slum and blight.”  Roberts wasn’t working for the non-profit until after Jones was sworn in to the council.  The federally-funded job his influence got her was used to pay the tax debt on the home public records and officials documents identify them as sharing.  If her job is viewed in the light of being a “public contract” then their shared residence gave him a direct interest in it.

Since sometime in 2017 Jones has claimed to be a resident of 1383 East 94th Street while he and his family actually lived at 1670 South Belvoir Road in South Euclid and 3696 Orchard Street in Cleveland Heights.   Jones just moved into a renovated Cleveland home in December 2020 located at 1898 East 66th Street to campaign for mayor.

Shana Veronica Roberts aka Shana Veronica Johnson is campaigning to replace Jones on city council in Ward 7 and her voting address is listed at 1383 East 94th Street.  It’s the same one Jones has been using since 2o17.  On April 8, 2021, she designated attorney Carolyn Watts Allen as her council campaign committee treasurer and identified her residential and voting address as the same one Jones had been using.

Roberts’ use of the address at the single-family home doesn’t appear to be something that just happened after Jones recently stopped using it to serve, illegally, on Cleveland city council from the suburbs.  It was listed as her address on March 3, 2012 when she first filed for a divorce from her husband, Timothy Wayne Roberts, Sr.  The two agreed to participate in marriage counseling and the divorce was withdrawn and dismissed on August 23, 2012.  They had only been married since March 3, 2011 according to the Cuyahoga County Probate Court’s online records.

When Roberts filed for a divorce from Timothy on March 2, 2015 the house on Whittier was not owned by either.  Timothy Roberts appears to have purchased the property on November 3, 2015 or 18 days after Shana Roberts was granted the divorce she wanted.

By December 29, 2016 the home Timothy Roberts purchased at 6400 Whittier Street had been foreclosed on and was back in Nationstar Mortgage’s possession.  HUD acquired possession of the home from Nationstar on May 15, 2017.

According to records on file with the Cuyahoga County Board of Elections, Shana’s husband, Timothy Roberts, is currently registered to vote at 6400 Whittier Street in Ward 7.  Cherita Anglen acquired the Whittier Street home from HUD for $92,000 on August 29, 2017.  Timothy Roberts could be Anglen’s tenant or he may not have updated his voting records.  Ohio’s voting laws identify the residence of a married person’s family as their residence.

Just like she divorced Timothy Roberts, twice, Shana Roberts married him … twice.  The couple on April 13, 2021 was given another license to be married.  There are no records EJBNEWS reviewed which identify Timothy Roberts as having an affiliation with 1383 East 94th Street.

1383 East 94th Street is a home that appears to be associated with Roberts’ family through her late mother, Mildred Johnson.  It’s now one of 5 properties owned by Jawan Collins‘ “General Wealth Management Group LLC.”  Roberts and her husband, Tim, further appear to be associated with a trailer located at 155 Wallace Road SW in Fullwood, Mississipi.

Shana Roberts appears to have been registered to vote at 1383 East 94th Street since August 25, 2017 when Jones was claiming to be a married man with a family residing at the same address.  Roberts has two sons who would have been teenagers in 2017.

On June 15, 2018 Shana Roberts used 1383 East 94th Street – or the home address she shared with Jones – to incorporate “A Brighter Day in Ward 7 LLC” with Ohio’s Secretary of State.  Roberts identified herself as the “agent and registrant” on official records.

Pursuant to Section 1705.06 of the Ohio Revised Code, Roberts had a duty to share her address and not just any address with the Secretary of State.  Out of a presumption of innocence her use of 1383 East 94th Street on all official documents would have to be viewed as truthful.

“(C) The written appointment of an agent described in division (A) of this section shall set forth the name of the agent and the agent’s address in this state, including the street and number or other particular description of that address. It otherwise shall be in the form that the secretary of state prescribes. The secretary of state shall keep a record of the names of limited liability companies and the names and addresses of their agents.”

In addition to being registered to vote from the address at the same time Roberts was claiming it with the Secretary of State in 2018, Jones continued to display 1383 East 94th Street on his drivers license when he showed the official state document to East Cleveland police the following year on April 19, 2019.  That was the day he was arrested on unadjudicated gun charges in the city.

Judge William Dawson told EJBNEWS neither the city’s police nor prosecuting attorney brought Jones’ arrest to him for adjudication as required by state laws.  Jones use of the address on April 19, 2019 was exactly two months before the Ohio Department of Taxation initiated garnishment proceedings against Shana Roberts.

As a journalist I have driven by the property over the past four years to validate that Jones and his family were not residing in it.  From my street observations no one appeared to have been living at 1383 East 94th Street.

Recently, the late Fannie Lewis’ grandson, Nate Hart, posted comments on social media denouncing Jones as a “con man.”  Hart also confirmed from the perspective of a supporter who once backed Jones that “he never lived in the ward as a councilman.”

Hart decried Jones for disrespecting his grandmother’s personality with his words and actions; and said Ward 7 residents “look at him as a joke.” 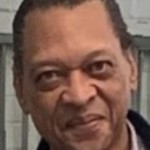 CLEVELAND, OH – It’s the election season in Ohio and you’ve received a “robocall” from a candidate for elected office you’ve never

CLEVELAND, OH – Shontel Brown has pledged allegiance to Israel and begged for money from the nation’s Zionist Russian, Polish and Ukrainian

CLEVELAND, OH – It’s the election season in Ohio and